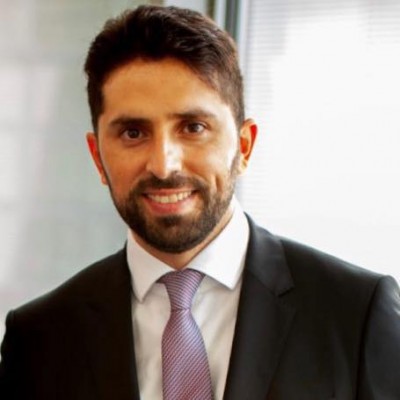 CURRICULUM VITEA - Dr. Dildar F Zebari Dr. Dildar F Zebari, born on 14th February 1983. In 2007, he received his B.A in Law, from Faculty of Law and Political sciences, Dohuk University, Iraq. He was the ranked 1st from the graduation students list in that year. In 2009 he won a scholarship to do his master in international law at university of East London-UK. Dr. Zebari finished his master programme in 2011 with titled Master in Laws (LLM) from the university of East London. From 2011 till 2014 worked in Kurdistan region of Iraq as following: 1- He taught at Duhok Polytechnic University. 2- He was the director of the department of legal issue at Duhok Polytechnic University- rector office. He was head of anti-corruption committee in the university. 3- Mr. Dildar worked for an oil service company ( Iraqi Crown) in Kurdistan region of Iraq as legal advisor. In 2014 he was granted the Stipendium Hungarian scholarship from Ministery of high education academic research of Kurdistan region and Hungarian Government. Dr. Zebari started his PhD studies in the Faculty of Law and Political Sciences at the University of Szeged. Dr. Zebari got his PhD in 2019.06.06. His PhD dissertation focus on Investment Protection Under Energy Charter Treaty. During his PhD Dr. Zebari has participated in many Hungarian conferences and International conferences. He published eight articles in english at Hungarian journals and International journals such as In USA, United arabic emirate, Indonesia, Romania, Kazakistan. He participated at summer course in Budapest in 2015 about historical legal speech. He worked for MOL group company in legal department at MOL headquarter-Budapest in 2016 as internship programme, his task was to study and analyse oil contracts in Middle East, consulting with oil industry experts for his PhD research also he participated in training course at department of international relations at MOL group company. In 2017 Dr. zebari started to work for an Hungarian company (Hevestherm Kft) as legal advisor and international coordinator. At the present He is the director of the department of Legal Affairs at Duhok Polytechnic University- rector office Dr. Zebari is a native speaker of Kurd and fluent in English, Arabic and Persian. He is a member of the Iraqi Legal Association

The Promotion, Protection, Treatment and Expropriation of Investments under the Energy Charter Treaty – a Critical Analysis of the Case-Law . .

This paper analyses the case law of article 10 (promotion, protection and treatment of investments) and article 13 (expropriation) of the Energy Charter Treaty (ECT).

Speaking on 2 February 2016, the president of Kurdistan region of Iraq and leader of the Kurdistan Democratic Party stated that “the issue of self-determination” should be considered “a right” for the Kurdish people, and presented to call referendum and deciding their own future.1 In the light of this new and open demand for increased self-determination, it is extremely timely to examine the legal basis that the Kurds may wish to make their claim for increased devolution or independence on. The Kurds occupy a unique position in Iraq. The Kurdish state within Iraq has been an oppressed non-entity, a quietly accepted dominion, a Western protectorate and now a part of a federal and fragmented Iraqi state. This paper will aim to examine the modern state of the Kurds, focusing in particular on the question of if the Iraqi constitution’s recognition of the rights of the Hikûmetî Herêmî Kurdistan (Kurdistan Regional Government/"KRG") can be said to have granted them a true measure of self-determination within the Iraqi state. The historical recognition provided for the Kurds in the Treaty of Lausanne offers the possibility of legal effect and offers some parallels to the recognition of the Quebecers within Canada. This parallel will be examined, assessing the relationship between international and municipal law in assessing self-determination claims and how this has been changed by Kosovo. This will be combined with an initial assessment and application of the current state of self-determination law, examining the logic of both the Canadian case on Quebec and the more limited findings of the ICJ case on the independence of Kosovo.

Faculty of Law and Political Science of University of Szeged-Hungary (Issue: 2015)