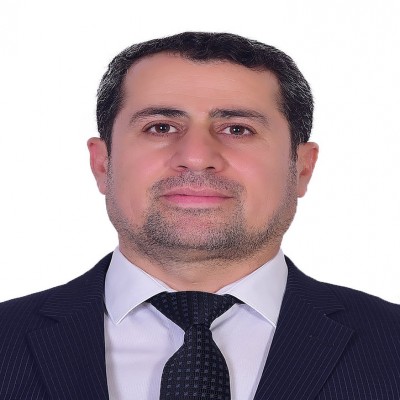 Characterisation of Listeria monocytogenes from Food and Human Clinical Samples at Duhok, Kurdistan Region of Iraq

Listeria monocytogenes is one of the most important foodborne pathogens in human worldwide. In present study, this bacterium was isolated from different animal products and human clinical samples. The isolates were characterized by antibiotic susceptibility tests, serotyping, virulence genes and 16SrRNA sequencing. Out of 1362 investigated samples, Listeria monocytogenes were identified in 48(3.5%) of samples. Seven samples 1.1% were from human, while 41(5.7%) were from food samples. The majority of food isolates were resistant to penicillin, cephalexin, doxycycline, ampicillin and vancomycin; while variable resistance to the other antibiotics was observed. Serotyping of food and human isolates found that 7 of human isolates and 28 of food isolates belonged to serogroup 1/2a (3a). While, 8 isolates from food samples belonged to the serogroup 4b. Five fresh red meat isolates belonged to the serogroup 1/2b. All food and human isolates contained virulence genes actA, hlyA, plcA and iap genes. Phylogenetic analysis based on 16SrRNA sequencing showed that the L. monocytogenes isolated from milk were not closely related to the meat and human isolates. This data suggests that the antibacterial resistant Listeria monocytogenes are widely spread within the animal products rather than the clinical samples. The most common serogroup within the isolated strains was 1/2a (3a). Surprisingly, all isolates found to be virulent strains depending on the virulence genes detection. Therefore, it is highly recommended to apply strict biosecurity measurements on food and food processing environment to avoid or to maintain the spread of the bacterial infection within the area.

SEASONAL CHANGES IN THE OCCURRENCE OF LISTERIA MONOCYTOGENES IN DUHOK PROVINCE

In developıng countries such as Iraq, hepatitis B (HBV) and C virus (HCV) are leading health care problems. The aim of this paper was to evaluate the frequency of HBV and HCV in healthy individuals selected for the recruitment in police services in Duhok city. In the study, blood samples from 566 candidates of police recruitment were collected and tested for HBV surface antigen (HBs Ag) and HCV antibody (AB) positivity by ELISA. It was found that 41/566 (7.2%) subjects were positive for HBs Ag. None of the recruited subjects was positive for HCV AB. To conclude, the prevalence of HBs Ag positivity was high in newly recruited police officers. Further study recruiting larger sample size is needed to confirm such a result.

The distribution of cagA and dupA genes in Helicobacter pylori strains in Kurdistan region, northern Iraq

BACKGROUND AND OBJECTIVES Helicobacter pylori is a Gram negative bacteria that causes peptic ulceration and gastric adenocarcinoma. H pylori virulence factors, such as cagA and dupA, are important to study in populations as they contribute to disease risk. This study aimed to look at the distribution of the cagA and dupA genes in H pylori strains isolated from patients suffering from gastroduodenal diseases in Kurdistan region, Iraq. DESIGN AND SETTINGS A cross-sectional study conducted between June 2011 and January 2012. Biopsies were collected from the Endoscopy Department in Duhok and Sulaimania hospitals, Kurdistan region, northern Iraq. PATIENTS AND METHODS Upper gastrointestinal (GI) endoscopy examination was performed and 4 gastric biopsies (2 from the antrum and 2 from the corpus) were obtained from 204 patients. H pylori positivity was examined by CLO test; then the association between disease status and virulence factors was assessed by polymerase chain reaction. RESULTS 154 (75%) of our samples were found to be H pylori + by CLO test. Endoscopic diagnoses for those who were positive were as follows: peptic ulcer disease (PUD) including duodenal ulcer, 45; gastric ulcer, 23; and no ulcer (NPUD), 86. The overall prevalence rates of cagA and dupA were 72.7% and 18.8%, respectively. While a significant association between cagA and PUD was observed (P ≤ .017; OR=0.4; CI=0.18–0.85), no relationship between dupA and PUD could be seen. CONCLUSION These data suggested that the presence of cagA may be a predictor of clinical outcome in Kurdistan region, northern Iraq.

Infection with Helicobacter pylori strains carrying babA2 and cagA is associated with an increased risk of peptic ulcer disease development in Iraq.

Background and study aim Several genes of Helicobacter pylori, such as vacA, cagA, iceA and babA, have been reported to significantly increase the risk of gastrointestinal diseases. The aim of this study was to study the relationship between H. pylori virulence factors and clinical outcomes and identify the independent markers of peptic ulcer disease in Iraq. Patients and methods DNA was extracted from specimens taken from 154 unselected H. Pylori positive Iraqi patients. Genotyping was performed by the polymerase chain reaction (PCR), using specific primers for cagA, vacA (s, m), iceA and babA2 genes. Results A total of 56 (82%) peptic ulcer disease (PUD) patients carried cagA+ strains, significantly more than the 56 (65%) non-ulcer disease (NUD) patients (p = 0.017). The difference in the prevalence of babA2 positivity was significant between patients with NUD (33.7%) and PUD (58.8%) (p = 0.002). In addition, babA2 was associated as an independent factor, with PUD (p = 0.005; odds ratio (OR) = 0.4; confidence interval (CI) = 0.18–0.68) followed by cagA (p = 0.05; OR = 0.4; CI = 0.18–0.85). Forty-five isolates (29%) were typed as ‘triple positive’ strains, and their presence was significantly associated with PUD (p = 0.001). Conclusion The cagA and babA2 genotypes might be considered as useful markers for PUD patients. However, iceA1 and iceA2 seem not to be good markers for the disease. The presence of H. pylori strains with triple-positive status is of high clinical relevance to H. pylori-associated diseases.

OBJECTIVE: The objective of this study is to determine the most common bacteriologic causes of ophthalmia neonatorum and their sensitivity to antibiotics in Duhok. STUDY DESIGN: A cross-sectional study PLACE AND DURATION: The study was done in Duhok. North of Iraq from April 2010 to June 2011. PATIENTS AND METHODS: Samples were taken from 200 neonates with sticky eyes admitted in Azadi Hospital and cultured on chocolate, nutrient and blood agar to detect the bacteria causing these infections. Disk-diffusion test was performed to determine their antibiotic sensitivity pattern. RESULTS: Out of the total 200 swabs taken, 138(31%) yielded growth of bacteria. The most common organisms isolated were Klebsiella species 35(25.36%) and Escherichia coli 34(24.63%) followed by Streptococcus viridans, Enterobacter species, Staphylococcus aureus, Betahemolytic Streptococci, Staphylococcus albus, Pseudomonas aeruginosa, Proteus species and non-specific Streptococci with a decreasing frequency. Klebsiella species and E. coli were sensitive to Amikacin and Ciprofloxacin ,91.42% and 94.11% respectively. Streptococcus viridans, Enterobacter species and Staphylococcus aureus were sensitive to Ciprofloxacin (100%) , Chloramphenicol (76%) and Amikacin (76%) . Enterobacter species sensitivity to each of Chloramphenicol, Amikacin and Gentamicin was 68.75% while its sensitivity to Tetracyclin was 43.75%. Streptococcus viridans sensitivity to each of Chloramphenicol, Tetracycline and Amikacin was 76% while to Ceftazidime was 42.8%. Staphylococcus aureus sensitivity to Chloramphenicol was 88.88% and each of Tetracyclin and Ceftazidime was 77.77% while to Amikacin sensitivity was 55.55%. CONCLUSION: In this study the most common causative bacterial agents were Klebsiella species, E. coli and Streptococcus viridans having highest sensitivity to Ciprofloxacin followed by Amikacin, Chloramphenicol and Tetracyclin. There was no significant variation between the causative agents of the first and second day onset and those of the later onset disease. KEY WORDS: opthalmia neonatorum, neonate, antibiotic

We read with interest the recent article by Jung et al. addressing the relationship of the dupA gene cluster with clinical outcomes and gastric mucosal interleukin 8 (IL-8) secretion (4). It was found that Helicobacter pylori infection with strains possessing a complete dupA cluster increased duodenal ulcer risk compared to that with H. pylori infection with strains with an incomplete dupA cluster or without the dupA gene. Findings were independent of the cag pathogenicity island (PAI) status. It was also found that gastric mucosal IL-8 levels were significantly higher in the complete dupA cluster group than in the incomplete dupA cluster group or the group without the dupA gene (4). Using the same methodology described in Jung et al., we studied the relationship between dupA cluster genes, clinical outcomes, and gastric mucosal IL-8 levels in 68 (22 duodenal ulcer [DU], 5 gastric ulcer [GU], 41 nonulcer dyspepsia [NUD]) Iraqi samples. The prevalence of dupA was 48.4% (33/68), and those of other vir gene homologues were 76.5% for virB8 (52/68), 57.4% for virB9 (39/68), 67.6% for virB10 (46/68), 77.9% for virB11 (53/68), 52.9% for virD4 (36/68), and 73.5% for virD2 (50/68) (Table 1). In contrast with Jung et al.'s report, none of the H. pylori strains possessed all 6 vir gene homologues. We did not observe associations between the presence of the dupA gene and clinical outcomes; this result is consistent with results from other countries, such as Brazil and Iran (1, 3). As dupA was previously classified into dupA1 (functional) and dupA2 (nonfunctional, including the original form described in which the open reading frame was broken by a stop codon) (2), we sequenced dupA genes from a collection of H. pylori strains isolated in Iraq as described previously (2). A total of 33% (11/33; 8 DU, 0 GU, 3 NUD) of dupA-positive Iraqi strains typed as dupA1. A significant association was observed between dupA1 and DU (P < 0.01). This result may indicate that dupA1 is important in DU development. Therefore, dupA polymorphisms may explain the contradictory association between dupA and clinical outcomes, and this may be more important than an intact dupA gene cluster.