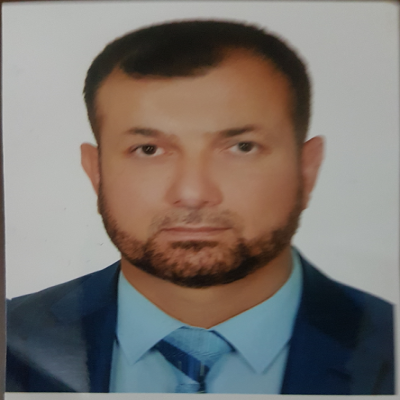 Teaching in laboratories, When I was at the bank, too, I was an external lecturer for three years in the Bardarash Technical Institute

installation and maintenance of the networks /Evening shift

next to the general football stadium in bardarash

Selling and buying computers and spare parts, as well as maintenance of laptops and desktops for both the hardware and software

next to golan hospital

Ministry of Finance/Directorate of supply

next to Franso Hariri Stadium

next to the Mosul university

Buying and selling computers and spare parts as well as maintenance in both the hardware and software fields.

Much interest in the maintenance of computers, whether laptop or desktop computers in both the hardware and software fields

Much interest in the Numerical systems, the logic gates, decoder encoder, and a counters

In the last two decades, steganalysis has become a fertile research area to minimize the security risks left behind by the Misuse of data concealment in digital computer files. As the propagation of hidden writing increased, the need for the steganalysis emerged and grew to a large extent necessary to deter illicit secret communications. This paper introduces a steganalysis system to detect hidden information in images through using co-occurrence matrix, frequency domain transform, the first three moments, and backpropagation neural network (BPNN). Four varieties of the system implemented. Firstly, the co-occurrence matrix calculated for the input image, which suspected to be a carrier of hidden secret information. Second, three levels of discrete wavelet transform (DWT) are applied resulting in 12 subbands. Then, those subbands along with the original image are transformed by discrete Fourier transform (DFT) or discrete cosine transform (DCT) to produce 13 subbands. After that, the first three moments are calculated resulting feature vector with 39 features. Finally, BPNN is used as a classifier to determine whether the image is containing hidden information or not. The system is tested with and without a co-occurrence matrix, each of them once using DFT and another time using DCT. The results have shown that using the co-occurrence matrix with DFT has the highest performance, which was 81.82% on the Hiding Ratio of 0.5 bit per pixel. This work demonstrates a good effect comparing to previous works.