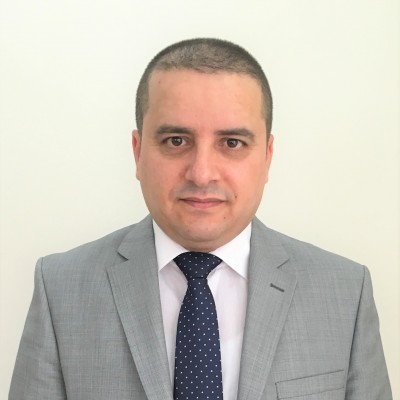 This study is the first detailed investigation of the tectono-stratigraphy, regional structure and mesoscopic fractures of the Zagros fold-thrust belt in the Duhok region, Kurdistan, Northern Iraq, and is based on field studies, remote sensing-GIS analyses, cross-section restorations, and tectonic analysis of key structures. The Duhok fold belt is a frontal zone of the north-western part of the Zagros fold and thrust belt in the Kurdistan region near the north-eastern margin of the Arabian Plate. It is characterized by WNW-ESE striking, doubly-plunging, upright symmetric to asymmetric detachment folds that involve ~8.2–10.9 km of Paleozoic to Quaternary strata. These folds vary from 5 to 75 km long, 4–20 km wide and have a surface relief (caused by basement uplift) up to 3.2 km. Five regional and twelve local structural cross-sections were constructed parallel to the regional SSW tectonic transport and perpendicular to the fold axial trends. Section lengths vary between 4.94 km and 101.55 km. Two main detachment levels have been inferred for the Duhok fold belt. A deep basal detachment was placed at the base of the Paleozoic successions within the Ordovician shales of the Khabour Formation at depths from 8 km to 10 km. Shallower, intermediate detachment levels occur within the shales and evaporites of the Mid-Upper Permian and Upper Jurassic strata at depths 1.7 km in the frontal sectors to around 5.5 km in the hinterland. The thickness of the Paleozoic succession in the Duhok fold belt is ~2 km. Deformation by thin-skinned detachment folding together with thick-skinned thrusting is inferred to have occurred in the Duhok region from the Mid Miocene through to the Present-Day. The maximum NNE-SSW-directed shortening produced by detachment folding was about 18.62 km (19.71%) over a section length of 94.45 km. The maximum shortening along thrust faults was around 1.98 km (1.95%) over a section length of 101.55 km. The mesoscopic fracture patterns in the study area were grouped into two major extension sets, four major shear-hybrid sets and eight minor shear-hybrid sets. Field characteristics and relative chronology indicate that most of the fractures are tectonic in origin, and they developed before (i.e., pre-folding fractures) and during (i.e., early- and late-folding fractures) the Mid Miocene folding in the Duhok fold belt.

This study attempts to present a clear case of seismic activity caused by the Quaternary reactivation of a seismogenic blind basement fault in the Sheladiz area. This area is located within the Western Zagros fold-thrust belt in the Kurdistan region of northern Iraq, near the north-eastern margin of the Arabian plate. Focal mechanisms of largest earthquakes were provided by the Harvard CMT and UK ISC bulletins. The Sheladiz fault is a NE-trending, nearly vertical to steeply dipping, seismically active left-lateral (sinistral) strike-slip blind basement fault that extends for more than 80 km with focal depths of 18–24 km, and passes transversely through major fold structures. This fault probably coincides with the continuation of Late Precambrian Kutchuk-Duhok and Sinjar-Herki transverse basement faults that forms the boundary between the Sinjar-Abdul Aziz and Deir Al Zor-Erbil transversal blocks in the study area. Left-lateral (sinistral) strike-slip movements along this basement fault may be related to the anticlockwise rotation of the Arabian plate with respect to the Eurasian plate. The stress inversion results indicate a predominant of N-S (05°/003°) oriented maximum compressive stress (σ1) in the Sheladiz area. This present-day dominant direction supports the active deformation rates along the Arabia‐Eurasia collision zone. Earthquakes in Kurdistan are mainly produced by the neotectonic reactivation of many seismically active blind basement faults that locally occur close to the surface as major faults or well-defined structural and topographic lineaments. The findings of the present study may offer more clues to predict where future earthquakes are most likely to occur.

Journal of the Indian Society of Remote Sensing (Issue: 6) (Volume: 47)

Satellite images were used to interpret the tectonic origin of lineaments in the Gara anticline. This anticline is one of the largest structures in the Zagros fold-thrust belt of Iraqi Kurdistan, near the northeastern boundary of the Arabian Plate. Lineaments of the Gara anticline were visually mapped on QuickBird images using the ESRI ArcGIS software and automatically extracted from Landsat 8 OLI data using the lineament extraction (LINE) module of PCI Geomatics software. The linear features obtained by both methods were statistically analyzed according to their orientation, length, frequency and density to provide a useful quantitative framework for interpreting the tectonic origin of these structures. Lineament orientations indicate a good symmetric relationship to the hinge of the Gara anticline. The results obtained from both techniques show five major sets: a hinge-perpendicular “extension” set (N 05°E), a hinge-parallel “extension” set (N 85°W) and three hinge-oblique “shear-hybrid” sets (N 45°E, N 45°W and N 75°E). These dominant trends are consistent with previous field studies. Most of the lineaments in the Gara anticline are tectonic in origin and probably developed during the growth of the Gara anticline by a regional N–S-directed compression in the Mid Miocene time.

The 23 August 2017 earthquake was the biggest recorded event in the Raniya region near the northeastern boundary of the Arabian plate in the Kurdistan region of Iraq over the last 37 years. It was felt in the city of Raniya and its surrounding areas in Erbil and Sulaimaniyah governorates. The Raniya earthquake was recorded by the USGS National Earthquake Information Centre with a magnitude of 5.1 (Mww). The rotational optimization method (Windows-Tensor software, version 5.8.8) was used to determine the present-day stress field by inversion of the fault plane solution. The results show that the Raniya earthquake was generated by the neotectonic reactivation of Late Precambrian northeast-dipping blind basement thrust fault, with a small amount of strike–slip motion, at a focal depth of 8 km. This indicates that the Raniya region is subjected to a present-day compressional deformation, with a northeast–southwest-oriented maximum horizontal stress axis (N47° E). The neotectonic activity along the Raniya basement thrust fault is in good agreement with the active shortening across the Zagros fold–thrust belt due to the Mid Miocene continental collision between the Arabian and Eurasian plates. Finally, a detailed seismic risk assessment is recommended for the Raniya region and surrounding areas.

The March 11–13, 2013 (ML 4.9–4.6) earthquakes were the biggest events that occurred in the Shaikhan area near the northeastern boundary of the Arabian plate in the Kurdistan Region over the last 20 years. The events were felt over a wide area of the Duhok and Mosul governorates. They were well detected and located by local and global seismic networks. The Shaikhan earthquakes offer a good opportunity to study the active tectonics of the Kurdistan Region. The analysis of earthquake focal mechanisms clearly shows a neotectonic reactivation of N-dipping thrust and NW-dipping sinistral conjugate strike-slip faults with focal depths in the range 6–7 km. The rotational optimization method (Windows-Tensor, Version 5.0.2) was used to obtain the stress state from earthquake focal mechanisms. The stress inversion results show that the average trend of maximum compressive stress in the Shaikhan area is N20°E. This present-day stress orientation supports the well-documented N–S convergent motion between Arabia and Eurasia. The Shaikhan earthquakes created considerable alarm in the Duhok Governorate and highlighted the fact that damaging earthquakes can happen in this region.

This paper presents a detailed picture of the petroleum systems that may occur within the detachment folds of the Dohuk region. This region is situated within the Zagros orogenic belt near the north-eastern boundary of Arabian Plate in the Kurdistan region of northern Iraq. The field data combined with remote sensing interpretations were used to define the structural characteristics of the detachment folds, to determine the 2D/3D geometries of the stratigraphic units within these folds; and to resolve the relationships between the detachment folds and their fault-fracture systems. The Dohuk region is characterized by WNW - ESE striking doubly plunging, upright symmetric to slightly asymmetric detachment folds that involve approximately 8 to 9 km of sedimentary section above the Late Precambrian basement. Two petroleum systems may occur within the detachment folds of the Dohuk region. The fractured carbonate rocks of Late Cretaceous (Qamchuqa, Aqra - Bekhme and Shiranish formations) may locally form anticlinal traps in the detachment anticlines of the Dohuk region, such as the Tawake, Dohuk, Dahkan, Kiri Rabatki, Mangesh, Shaikhan, Shaikh Adi, Alqosh and Ain Sifni anticlines. In this major petroleum system, the impermeable shales and claystones of the Paleocene - Early Eocene Kolosh Formation probably act as effective seals preventing the vertical migration of oil and gas from the underlying Middle - Late Jurassic (Sargelu and Naokelekan formations) and Early Cretaceous (Chia Gara and Balambo formations) source rocks. The highly-fractured carbonates of Middle - Late Eocene (Avanah, Pila Spi and Jeribe formations) may also form anticlinal traps, particularly in deeply buried structures and slightly uplifted detachment anticlines, such as the Tawake anticline. The clastic sediments and evaporates of the Middle Miocene Lower Fars (Fatha) Formation probably provide significant caprocks for these traps. The mechanical failure of seals above the Late Cretaceous traps due to tectonic fracturing or reactivation of pre-existing faults possible allows upward migration of hydrocarbons from the underlying mature Mesozoic source rocks to the Middle - Late Eocene petroleum system. However, the reservoir rocks of both petroleum systems were removed from the crest of the uplifted-anticlines - e.g. Bekhair, Atrush, Khoshka, Gara and Amediya anticlines.

Structure of the Zagros fold and thrust belt in the Kurdistan Region, northern Iraq

This study summarizes the regional structure of the Zagros fold and thrust belt in the Kurdistan Region of northern Iraq. The fold and thrust belt is dominated by a 10 to 12 km thick succession of Late Proterozoic to present-day strata that have been deformed into a series of NW-SE- to E-W-trending and SW- to NE-verging doubly-plunging folds and associated thrust faults. Regional structural styles, topography and the distribution of recent seismicity in the region suggest the structure of the fold belt is in part controlled by basement-involved structures.