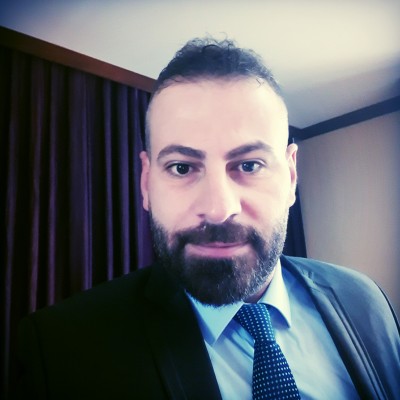 e-learning training course sponsored by IREX, includes the platform of e-learning such as google suite, moodle, Edmodo, zoom, google meet ...etc. in a addition to teaching methods used by online.

Hardware Implementations on chips such as FPGA, ASIC, DSP kit

working on researches related with this subject

Cyclic Redundancy Check (CRC) plays a major role in data storage, communication systems and networking environment fields to detect errors. The speed of transmitting data with optimized hardware utilization are the main challenges nowadays. Thus, CRC calculation becomes a bottleneck for the system implementations. The aim of this paper is to design and implement the CRC5 and CRC8 systems that are used for USB token packet and ATM protocols, respectively. A parallel pipelining method is used to implement the proposed CRC architecture for both CRC encoder and decoder systems to achieve high throughput data with optimized hardware resources. A proposed architecture doesn't base on Look-Up Table (LUT) to store pre-calculated CRC values or F-matrix in its implementation as in the previous works. The system designed and implemented based on Spartan-3E FPGA chip, Very High-Speed Integrated Circuit Description Language (VHDL) used to write the related code. The whole proposed architecture is functionally simulated and verified using the Xilinx ISE 9.2i simulator.

Physical network topology is the configuration of computers, cables and other peripherals as a geometrical shape. There are many types of topologies each of them has many advantages and disadvantages. For high performance Local Area Networks (LANs), the builder of a network should select the best physical network topology. This paper analyzes three basic network topologies including bus, star and ring for different number of connected nodes (various network topology size) using OPNET simulator. Four scenarios are configured for each topology with number of connected nodes equal to 5, 10, 15 and 20 for senario1, 2, 3 and 4 respectively. In this analysis, four parameters investigated in Delay (Sec.) for the complete network, Load (Bits/Sec.), Traffic Received (Bits/Sec.) and the number of Collision for single node (server). Performance comparison is made in each topology separately based on various network size and another comparison is also made between these topologies for the same number of connected devices. The comparison results indicate that performance decreased when the network size increased and also show that bus topology is more effected than two other topologies.

In this paper, second order structures satisfying single-multiplier digital sine-cosine generators are derived analytically, resulting in four different realizations. Some important characteristics of these generator structures, like total harmonic distortion percentage (THD%), frequency error and frequency resolution are defined and examined as performance measures. The four generator realizations are simulated using Matlab7.0 program. The simulation results show that better performance (THD% and are very low or negligible) can be obtained for these realizations by using 32 bits to represent the single-multiplier coefficient and other the outputs of arithmetic operations. The rounding-off method is applied as a quantization process after multiplication process. A comparison is made between one of the best-derived structures and other two recent structures implemented in previous researches. The comparison results indicate that better performance measures can be achieved from the proposed realization for the single-multiplier digital sine-cosine generator.

This paper presents four different realizations of single-multiplier sine-cosine generators based on second-order digital filter structure. FPGA implementations of these four realizations are carried out on FPGA Spartan-3E Kit. Implementation results are compared from the view points of utilization resources and maximum frequency of operation. Another comparison is made between one of implementations of the derived structures and other two recent CORDIC-based implementations. The comparison results indicate that smaller chip area can be achieved in the case of the proposed structure of the sine-cosine generator. In addition, such structure can operate with higher circuit frequency as compared with the two others. Keywords: Digital Sine-Cosine Generators, Second Order Structure, CORDIC, FPGA Implementation

The Conference is the premier forum for presenting the new results of advanced topics in science, engineering, and their applications. The aim of the conference is to bring together leading academic, scholars and students, in order to discuss theoretical and practical issues through sharing their experiences and research results. Its focus is to create and distribute knowledge about the use of scientific and engineering applications.