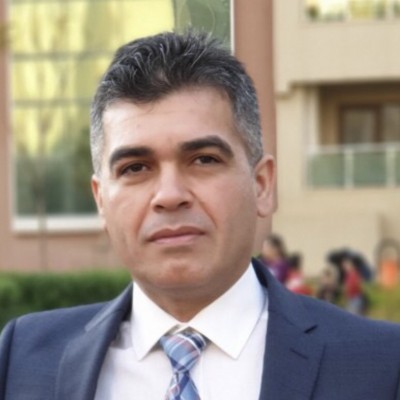 Abstract The mineralogy and liberation characteristics of the comminuted Penouta leucogranite host of the Sn-Ta ore were determined. Grinding developed by a combination of high-pressure grinding rolls (HPGR) followed by a ball mill (BM) was compared with a single ball mill process. The mineral characteristics of the grinding products were analyzed using a Tescan Integrated Mineralogical Analyzer (TIMA-X) and X-ray powder diffraction (XRD). The ore contains 103 ppm of Ta and is mainly composed of quartz, albite, microcline, muscovite, and kaolinite. Nb, Ta-rich minerals are columbite-(Mn) and tantalite-(Mn), as well as minor microlite and wodginite. The liberation in the product is high in the size fraction of less than 250 µm (51–52 wt % for columbite-group minerals (CGM) and 74–80 wt % for cassiterite) and reduced in larger particles (8.8–17 wt % for CGM and 28–37 wt % for cassiterite). The recovery in the −250 µm fraction was high, while in the larger fraction it is limited, remaining up to 80 ppm in some tailings. The combined use of HPGR and a BM reduces the particle size distribution of the product and, thus, increases the liberation of the ores. Smaller fractions can be treated directly using gravity methods; however, particles of a size greater than +250 µm should be ground more.

The Penouta Sn-Ta deposit, in the northwest of Spain, is a greisenized granitic cupola where Ta minerals occur mainly as disseminations in a leucogranite body intruded in Precambrian–Lower Cambrian gneisses and mica-schists. This leucogranite is a medium- to fine-grained inequigranular rock consisting mainly of quartz, albite, K-feldspar and muscovite. Accessory minerals are mainly of spessartine, zircon, cassiterite, Nb-Ta oxides, monazite, xenotime, native bismuth and pyrite. The alteration processes were mainly albitization, muscovitization and kaolinitization. This leucogranite is peraluminous and P-poor, with 0.03–0.07 wt.% P2O5, 900–1500 ppm Rb, 30–65 ppm Cs, 120–533 ppm Li, 80–140 ppm Ta, 51–81 ppm Nb and up to 569 ppm of Sn. Mineralogical characterization of Nb-Ta oxide minerals was determined by X-ray diffraction, scanning electron microscopy, electron microprobe analysis and mineral liberation analysis. Mn-rich members of the columbite-group minerals (CGM) are the most common Ta-bearing phases, but microlite, wodginite, tapiolite and Ta-rich cassiterite occur also. CGM crystals are commonly zoned concentrically, with a Nb-rich core surrounded by a Ta-rich rim, with a sharp boundary between them. Convoluted zoning occurs also. Dissolution textures resulting from the corrosion of columbite and tantalite rims, in particular, are common. The Mn/(Mn + Fe) ratio varies between 0.33 and 0.97 and the Ta/(Ta + Nb) ratio between 0.07 and 0.93. Wodginite and microlite formed as late replacements of CGM and occur associated with tantalite and cassiterite. Subhedral to anhedral cassiterite crystals, usually up to 200 μm across, occur in two generations: the earlier one is Nb,Ta-poor whereas in the later generation, the Ta content can reach >9 wt.% of Ta2O5 and 1.7 wt.% of Nb. The presence of a fluid phase in the apical zone of the granite, probably related to the separation of a fluid/vapour of the melt, could explain the sponge-like textures, the Ta enrichment associated with these textures, the occurrence of Ta-enriched mineral phases (microlite and wodginite) and their common interstitial character.