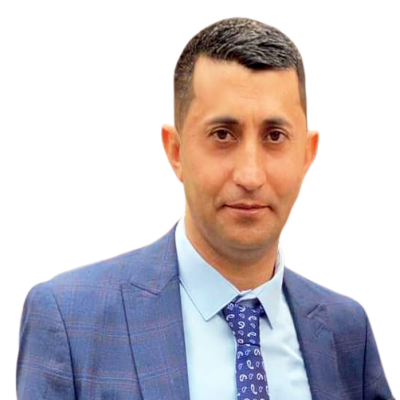 Abstract Internet use in the Kurdistan region of Iraq has grown dramatically and has become an essential element of our daily lives, with hundred ISPs on hand and constantly increasing number of users by using e-learning platforms. The need for feedback is deeply linked to student participation and peer evaluation. It is also an issue of evaluation quality; how many feedbacks is made available, how they are given to students, how they are accepted by students, and to how much they are integrated into future instruction and learning. In this paper, three instruments, documentation, interviews and questionnaires were carried out to collect the data. Documentation was used to know the experiences of the students during classroom teaching and learning. The data were collected from the system application on our website. The data were called documentation. A survey is conducted comparing the feedback received from students on e-learning courses at the Duhok Polytechnic University (DPU), with the results of analyzed 100 teachers’ e-learning courses in the Covid-19 period in 2020. Eighteen questions have been asked to 7709 students in 14 technical faculties (6 colleges and 8 institutes) at DPU. The students’ responses were classified to the questions related to teachers’ experiences on preparing courses, students’ interactions, using available e-learning tools and methods. A review has been made on (100) teachers’ courses in the Moodle platform as LMS (learning management systems) to reveal their course preparation, experiences on using available technologies. Our results showed 34.92% of participant students satisfied with e-learning, this means that 65.08% of students preferred face-to-face learning (in class), regarding the trustiness of feedback, reviewed courses and students’ responses which were significantly mismatched. This means that student feedback is not entirely reliable in the learning process.

In this paper, Algorithm named (MRWL) Max Rightmost White Line is proposed to detect Kurdish/ Arabic characters’ segmentation in scanned document (printed document), it works in preprocess and segmentation stages of OCR processes, these two stages are significant parts of OCR and affects the accuracy of algorithm. The MRWL starts to remove text margins around document to reduce processing time, then, scans to find Top Line (TL) and Bottom Line (BL) for each sentence in paragraph which can be used to measure height of characters. Based on TL and BL, the Base Line (BSL) can be detected using horizontally Most Frequency Black Pixel (MFBP) which is useful to find characters’ segmentation (Atallah and Omar, 2008) . Finding TL, BL and BSL of each sentence help to find characters location in document. Six phases involve in algorithm, each phase has its own functionally. The Algorithm is tested with different input documents and the average accurate rate of detected segmentations is recorded as 96.93%.

Abstract— This paper deals with the signification of effective technologies for the people. Nowadays, IoT technology is working main role in human life. In recent years, smart home system and smart city security is one based on Internet of Things (IoT) technology, which support and facilitates to monitor the appliances to increase the availability of various gadgets for the aim of home automation with tough security. So that, the IoT has been exploit as one of the key features for the upcoming of wireless sensor network in order to be able to operate without human involvement. In this paper, the most decisive researchers related to security of smart home and smart city system based IoT field has been reviewed and discussed. Significant characteristics of this studies ranges from using platforms, applications to the uses of protocols communication among servers, users and different used tools. in this study we discussed the privacy and security of home to protect from any bad event such theft, fire or any motion happen in spite of if the owner inside or outside home. For this purpose, so many hardware and software object used by various studies.

Kurdish- Arabic Text in Computer with Non-Standards, Challenges and Recommendations

Extend an Algorithm of Auto-converting Kurdish Written Scripts in Websites: from Latin Characters to Kurdish/Arabic Characters and Vice Versa

Nowadays, most Kurdish websites, especially news websites are required both written scripts (Latin and Kurdish/Arabic) for their users, for example, Rudaw, WAAR, NRT, etc. Therefore, designing two websites for each written script require effort, time and cost. There are web-based applications available for users not web developers to converting script manually, regardless of accuracy (misspellings), in this case, users have to input script to input box like pelk , KAL (Kurdish Academic of language) website, etc.(Jemal Nebez, 2015)(pellk, 2010). This research develops an algorithm which can auto-converting one website from its written script to its opposite for both users and web developer. for instance, if website is designed using Latin characters, this algorithm converts to its opposite programmatically. The algorithm uses JavaScript language and configured on jQuery plugin for web developers as API (Application User Interface) to use in website. In addition, there is a Firefox browser add-ons (Extension) for users (non- developers) to convert script to its opposite. This research addresses cases (irregular cases) which cause to increase misspellings, then, find solutions for each of these cases to minimal incorrect spelling. To Increase accuracy of algorithm, one website chooses as case study for analyzing algorithm output. The algorithm is tested using test methods to check errors, debugging, and accuracy. Keywords: Script, Plugin, add-ons, jQuery, API and Latin.

Digital watermarking is getting more research and industry attention. Digital multimedia data allows for robust and simple data editing and modification. However, the spread of digital media presents concerns for digital content owners. It is important to note that digital data can be copied without quality or content loss. This has a considerable impact on copyright holders' ability to safeguard their intellectual property rights. The method of transmitting information by imperceptibly embedding it into digital media is digital watermarking. There are various methods in literature, such as DWT and DCT, which take full energy, are seen and integrated. New strategies and procedures for optimization are required. The present study proposes a novel design and computation technique based on the discrete wavelet and discrete cosine transforms. Watermarking techniques have been progressing to shield media content such as text, audio, video, etc. From copyright. The proposed hybrid DWT-DCT Bacterial Foraging Optimization (BFO) technique improves the efficiency of watermarking digital images by 97%. Bacterial foraging optimization (BFO) is an innovative technique for intelligent optimization. It is a widely used optimization algorithm in a wide variety of applications. However, when compared to other optimizers, the BFO performs poorly in terms of convergence. This technique uses a high-frequency image region. A variety of techniques are compared with the (NCC) Normalized Cross Correlations, (PSNR) Peak Noise Signal Ratio and IF (Image Fidelity). The highest performance is seen in DWT-DCT-BFO watermarking.

Workshop on how to use Moodle ? for Duhok Technical Institute teachers