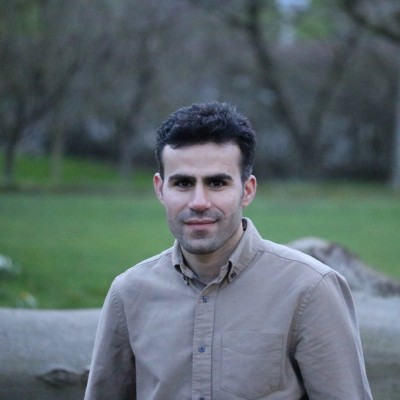 Copper (Cu) is an essential micro-element in most live animals as well as a toxicant. In most animal species (especially in ruminants), Cu is poorly absorbed due to the presence of other antagonistic minerals such as molybdenum (Mo). sulphur (S), and iron (Fe); the extent of absorption is influenced by its chemical form as well. Absorption is greater in young than in mature animals. Usually, about 5 to 10% of the dietary Cu is absorbed by mature animals, while young animals absorb ≈15 to 30%. Only 1 to 3% of dietary Cu is absorbed in ruminant animals.

The effect of two levels of dietary iron (Fe) in presence of three levels of sulphur (S) on Cu status and performance of growing lambs was examined using 37 weaned Texel-cross over the period of 12 weeks. The basal diet (L:L) contained no Fe or S supplement; H:M diet supplemented with 800 mg Fe/kg DM and 1.5 g S/kg DM, and H:H diet was supplemented with 800 mg Fe/kg DM and 3.5 g S/kg DM. The concentrate diet was based on dried grass nuts and barely designed for lambs to grow at the rate of 200 g d-1. The results revealed that dietary treatments had no effects on DMI, DWG, final weight, total weight gain, and FCE of lambs. The lambs fed L:L diet trended (P=0.057) to have a higher plasma Cu concentrations (12.11 µmol l-1) than those fed H:M (10.78 µmol l-1) or H:H (10.38 µmol/l) diets at week 12. Dietary treatments had no effect on hepatic Cu, Mn, Mo, and Zn concentration at week 12. However, the lambs fed H:M or H:H had higher hepatic Fe (P=0.05) concentrations than those fed L:L diet. In conclusion, supplemental Fe and S had no effects on lamb performance, but decreased plasma Cu concentrations and increased plasma Mo concentrations of growing lambs. Supplemental Fe and S reduced hepatic Cu concentration of lambs compared with those fed no Fe and S supplements but the difference lacked significance.

This experiment was carried out at the Animal Project of Animal Production Department, College of Agriculture, University of Duhok, wherein 30 weaned Karadi ram lambs (4-5 months age) and averaged 23.58 ±0.4 kg in weight , were divided randomly into two halves. The first was castrated and the other half left intact (Control). Then following an adaptation period for 10 days, the lambs were weighed and randomly allocated to three different slaughter groups (30, 37.5 and 45.0 kg). Each group of lambs was kept in a separate pen and fed a concentrate diet ad libitum containing 15.5% crude protein and 2541.6 kcal. Upon reaching the desired weight, each animal was slaughtered and dressed. Results revealed that castration had no significant effect on daily gain (0.25 vs. 0.25 kg), rib eye area, fat thickness, lean, fat and bone content of the leg and non-carcass fat. However, wether lambs slaughtered at 30 and 37.5kg were more efficient in converting feed into gain, had significantly (p<.05) higher dressing percentage based on empty body weight (57.64 vs. 55.47%) and had significantly (p<.05) lower percent head and neck than the intact. Daily gain of lambs slaughtered at 30kg surpassed significantly (p<.01) (0.30kg) those lambs slaughtered at 37.5kg (0.24kg) and 45.0kg (0.23kg). Heavier lambs had significantly (p<.01) higher empty body weight, hot or chilled carcass weight, dressing percentage and rib eye area. Also as weight increased percent fat and non carcass fat increased significantly (p<.01) and percent lean and bone decreased (p<.01).