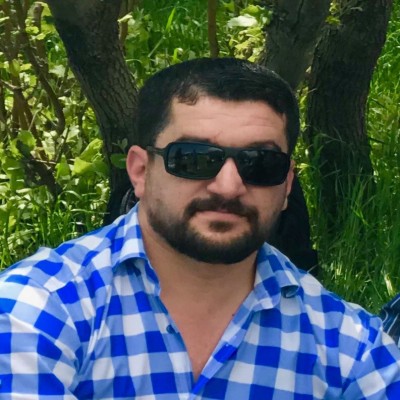 Information Communications Technology ICT Nowadays has become a very important part of our life, due to its useful facilities and activities in various area. However, campus network has been considered as a branch of ICT applications that serve universities and institutes in communications and academic learning. Designing a useful network for campus leads to improvement of performance and scientific research of any university, through campus network new laboratories will be available, online library for books and software, as well as, building VoIP communications between the departments of universities. In this paper, a new campus network model has been proposed for Zakho university, Copper and fiber mediums were suggested as communication mediums, also. The designed network provides a number of services such as electronic mail (Email), web browsing, E-learning, and file transfer service. Each one is provided by a dedicated server at the data center of the university. The model is simulated by utilizing an OPNET simulator program (OPNT IT Guru 14.5) Network performance was evaluated in term of throughput, delay, and utilization with different load scenarios namely, (light load, medium load, and heavy load). The result showed that the proposed network is highly efficient even with heavy load scenario, resulted average throughput rate was more than 60Mbps without packet filtering technique while it was 50Mbps with packet filtering, whereas in current wireless Network, it is 2 Mbps Results showed that delay in the wireless mode is 72ms, while the wired test resulted of 13ms delay Furthermore, this model supports many network applications in future like voice over IP (VOIP) and (E-Learning).

In this paper an investigation was conducted to have an insight into the impact of the DDoS attack on the network efficiency of the University of Zakho, in particular, after deploying a fiber infrastructure and a datacenter with services such as web server, email server, and ftp server. Tests were conducted on one of the most popular DDoS attacks, that is, the flooding attack that has many types based on the start-of-the-art research in this field. For the evaluation purpose, two Internet services were chosen which are namely; file transfer service and E-learning video service. OPNET was used as a simulation tool to simulate Zakho University network and to conduct attacks because of its high reliability and reputation in this field. Results showed that DDoS attack has a big adverse impact on the legitimate users’ accessibility for both services. Where the file traffic download reduced from 6000 Bytes/s in the case of no attack into only 500 Bytes/s in the case of attack which makes an approximate of 92% loss in the network traffic. In addition, video throughput is reduced from 180KB/s in the case of no attack into less than 20KB/s in the case of attack which makes around 89% loss that is considered a huge degradation in the network performance.

Iraq, zakho and duhok As Presenter

The conference is jointly organized by the University of Zakho and Duhok Polytechnic University. The Conference is the premier forum for presenting the new results of advanced topics in science, engineering, and their applications. The aim of the conference is to bring together leading academic, scholars and students, in order to discuss theoretical and practical issues through sharing their experiences and research results. Its focus is to create and distribute knowledge about the use of scientific and engineering applications.

The content of the training workshop: Introduction to the VISIR remote lab; Experiments with simple electrical circuits (resistors’ associations) Experiments with Operational Amplifiers; Experiments dealing with the bandwidth of test and measurement instruments (harmonics). Expected outcomes and impact After attending the training module, trainees will be expected to: Be able to use the VISIR remote lab for experimenting electrical and electronic circuits; Understand the limitations of real test & measurement instruments; Distinguish a remote lab (i.e. VISIR) from (online) simulations. Time duration: 2 Hours