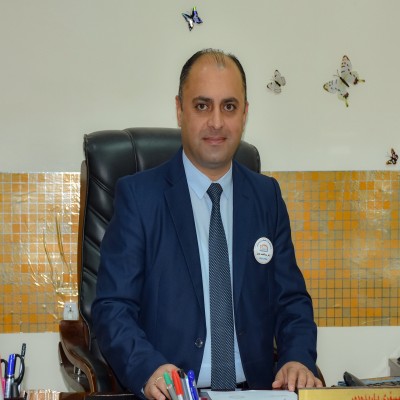 Evaluation of mycofix to ameliorate the toxic effect of T-2 toxin on performance of broiler chickens.

The ability of Mycofix, a product containing enzymes from the rumen bacterium Eubacterium sp., to ameliorate the toxic effects of T-2 toxin from Fusarium tricinctum in broilers was investigated. 80 day-old broiler chicks were divided into 4 groups which were the negative control (Group I), fed 2.5 kg Mycofix (Group II), fed 8 ppm T-2 toxin (Group III) and fed 8 ppm T-2 toxin + 2.5 kg Mycofix (Group IV) for 42 days. Eight birds from each group were sacrificed at 21 and 42 days for determination of organ weights and head lesion scores. It was shown that liveweight gain and feed intake were significantly lower in Group III. Mycofix alleviated these effects in Group IV. The reduction in liveweight gain due to T-2 toxin was greater in weeks 1-3 than weeks 4-6. Mycofix alleviated this effect by 27.1% in weeks 1-3 and by 13.1% in weeks 4-6. Similarly, the reduction in feed intake was also greater in weeks 1-3 than weeks 4-6, which Mycofix alleviated by 6.9 and 4%, respectively. The increase in feed conversion due to T-2 was higher in weeks 1-3 compared to weeks 4-6. Mycofix was effective in eliminating 35.7 and 12.5% increase in feed intake at these times, respectively. Mycofix was also effective in ameliorating the oral lesions and the changes in the weights of the bursa, gizzard, pancreas, thymus and spleen due to T-2 toxin. In conclusion, Mycofix can ameliorate the adverse effects of T-2 toxin in broilers.

The present study carried out to determine the some physical properties of imported frozen chicken thighs that were available at the wholesale and retailed markets in Erbil, with the aim to evaluate their fitness to quality standards and their human consumption. For this purpose, three foreign trademarks (Pilgrim's "USA", Qualiko "Ukraine", and Lades "Turkey") of imported frozen chicken thighs (15 from each trademark) were collected. The label information was conducted for all samples. Different indicators were measured to compare the hygienic state of the frozen chicken thighs, these indicators referred to (thawing loss, cooking loss, water holding capacity and determination of myoglobin). The results showed that: There were significant differences (P<0.05) between samples of whole sale or retailed market. The recorded results showed that both of Lades and Qualiko trademarks had the lowest thawing loss, whereas Pilgrim's mark was higher than the recommended range of the Iraqi Central Organization for Standardization and quality control. Although there were significant differences (P<0.05) between samples of whole sale and retailed market in the cooking loss and water holding capacity tests, but they were good quality. The determination of myoglobin was within the normal range, except for Qualiko mark which was lower in range.

This work entails personal realistic views that were recorded and collected throughout many years in Iraqi- Kurdistan Region which are based on author’s own experience. This paper discusses the safe disposal of animal carcasses through three recommended methods. I pleased that the views outlined in this paper are being implemented and promoted by a variety of organizations, including the World Health Organization, the human right Organization, the Municipal Authority, and the Veterinary Directorate. It is hoped that it will contribute in protecting the environment.

The researcher has selected 17 farms in and around Erbil City (Iraq) with a history of Newcastle Disease (ND) outbreaks for the investigation during late spring, summer and winter of 2008, a time of the year when the outbreaks in Erbil start to occur. The strain of birds (all vaccinated with Lasota strain) including age, clinical diagnostic lesions, flock strength and mortality rate, were recorded. The study found that fowls with ages of (1-8 weeks) were susceptible to ND and that the mortality rate was (8.1%) in chicks broilers.

The deployment of dead-in-shell embryos, the bacterial etiology of the condition, and the epidemiology of the dead embryos in three local hatcheries in Erbil province were investigated using standard bacteriologic techniques. Deployment of the condition in the three hatcheries was found to be 37%, 21.6% and 40.5% respectively. Bacteria that were isolated arranged in order of decreasing frequency, included Escherichia coli, Staphylococcus spp, Streptococcus spp, Pseudomonas spp. The number of dead-in-shell embryos in association with the various bacteria isolated from the three hatcheries were 18 (Escherichia. coli), 8 ( Staphylococcus spp), 2 (Streptococcus spp), 9 (Pseudomonas spp). Epidemiologically from this study, it was concluded that dead-in-shell embryos are quite common in hatcheries in Erbil Province and that bacterial contamination in the hatcheries constitute an important threat to the poultry industry in the area.

Journal of Pure and Applied Sciences (Volume: Vol. 25 No. 2)

An investigation carried out to study coccidiosis in broiler chicks in Erbil city and its suburbs which involved 13 broiler chick farms. The results of this study showed that the mortality rates were higher in chicks at the ages between 15-21 days, so as the lesion scores were highly severe with the use of Toltazoril and Amprolium compounds in the treatment of chicks at the same ages, while the mortality rates were decreased with the use of mixture of (Sulfa Compounds, Diclazuril and AD3E) in the treatment of coccidiosis in comparison with other drugs.

Study of natural outbreak of ND in and around Erbil city

Seventeenth farms in and around Erbil city with a history of Newcastle disease (ND) outbreaks were selected for the investigation, During late spring summer and winter 2008, The time of year when outbreak in Erbil occur . The strain of birds ( all vaccinated with lasota strain) age , clinical diagnostic lesions, flock strength and mortality rate were recorded. It was found the fowls with ages of ( 1-8 weeks) were susceptible to ND and that the mortality rate was (8.1%) in chicks Broilers.

T-2 TOXIN PRODUCTION & PURIFICATION FROM WHITE CORN, YELLOW CORN AND RICE AFTER INCUBATION OF Fusarium tricinctumNRRL3299 ON IT

A method has been developed to produce and purify gram quantities of T-2 Toxin, a mycotoxin elaborated by a strain of Fusarium tricinctumNRRL3299 Isolated from toxic white corn, Yellow corn and Rice when inoculated with the appropriant fungal strain, After growing for 3 weeks at 20 C on 300g of all these grits. About 2.38, 0.476, 1.19g of crystalline produced on white corn, yellow corn and rice respectively.

The 11the international conference of technical foundation of baghdad (Issue: agricultural sciences)

Male broiler chicks were contaminated T-2 toxin at a rate of 8 mg/kg feed in combination with different adsorbents: Mycofix, Hydrated sodium calcium aluminosilicates, Activated charcoal, Yeast, (0.06%, 0.125%, 0.125%, 1.25% respectively), from 1-21 days of age, to determine the effect of combination with different adsorbents in decreasing of T-2 toxin negative effects on the Defferntial leukocytes count (DLC). The result indicated that T-2 toxin was responsible for the decrease in Lymphocytes, with slight affect in the other Defferntial leukocytes. The addition of combined adsorbents to T-2 toxin contaminated diets show ameliorative effects by counteracting the negative T-2 toxin effects on the above mentioned blood values. It could be concluded that combination with different adsorbents could act in a synergistic manner for counteracting T-2 toxin negative effects of Defferntial leukocytes count (DLC) on broiler chicks.