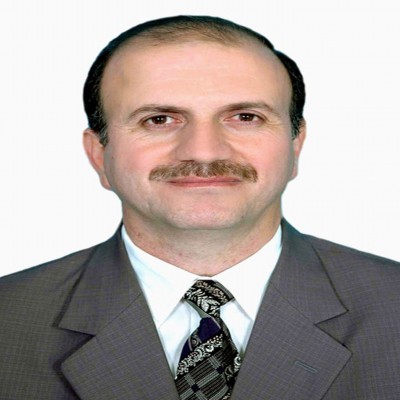 Lecturer at the Department of Information Technology.

University of Sirte - Faculty of Science

University of Mosul- College of Computer Science and Mathematics

This research aims to solve one of the Non-Deterministic Polynomial (NDP) Problems by using one of the artificial intelligence techniques, which is genetic algorithm. Travelling salesman problem (TSP) is one of the difficult optimization problems, the aim of this problem is to get the optimal solution which is represented by the shortest path for (n) visited areas of the city. The number of possible solutions that will be generated, searched and compared when solving this problem for (n) areas is equal to (n!). This number exponentially increased with the increasing of the number of areas. With the large number of areas, which produces a huge number of possible solutions, the traditional search algorithms will be collapsed, and the problem will become a hard (NDP) Problem. In this case it becomes necessary to rely on artificial intelligence techniques, which are based on the biologically-inspired principle. During this research the travelling salesman problem was formulated and programmed in proportion to the concept of genetic algorithm (GA) to produce Travelling Salesman Genetic Algorithm (TSGA). One of the cities of Kurdistan Region of Iraq (Duhok) was selected as a case study to implement the TSGA algorithm. Initially, the study depends on Google earth program to determine the coordinates for number of Duhok’s areas. These coordinates were saved as a (.kml) file format, then the required cleaning and normalization operations were accomplished on this file to produce the pure coordinates, that were stored as an excel file format (.xls) . TSGA algorithm depends on these excel coordinates as an input file to create the initial generation of paths, then the objective function for each path of the this generation was calculated, and then the parent selection, crossover and mutation functions were applied to get the group of the best paths. TSGA algorithm, then, continues to regenerate a number of successive generations, and afterwards recalculate and create the new group of the best paths for each generation to enhance the result. Finally, and depending on the criterion of stopping, this algorithm will cease to create new generations and suggest the final result that represents the shortest path for visited areas. Matlab program was used to implement the TSGA algorithm and to analyze the result. The results of this algorithm were optimum and near optimum for most of the problems at a reasonable time.